The Barcelona Experience: when marketing and recruitment travel to Spain. 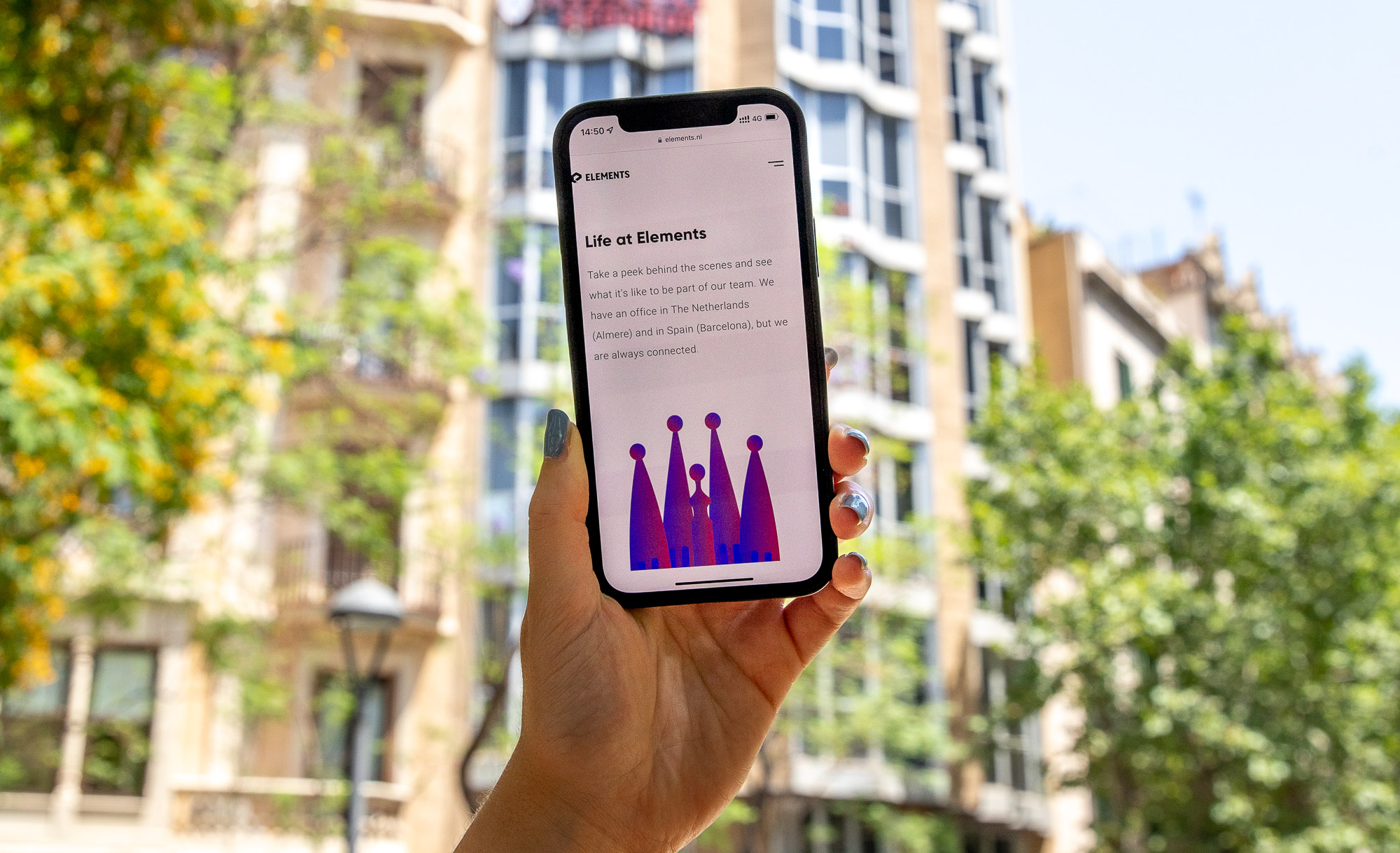 June 2022, it was finally time for Annette, Michelle and Noni to travel to our Barcelona office. After weeks of exciting preparations they packed their bags and got into the plane. For Elements it’s incredibly important to have a great connection between the Almere and Barcelona office, not only for great teamwork on projects, but also for the teamspirit between the colleagues. After working together online, they could finally meet in real life. You can read about their experience here.

It has been two years since Michelle has been working for Elements, but with all the travel restrictions she never got the chance to meet her Barcelona colleagues. After all the online calls with them about branding, recruitment and projects we could finally talk about it in person.

“Well we almost missed our flight because of the chaos at Schiphol, but after all we managed to arrive in Barcelona. Going to the office almost felt like your first day of work, super excited and also a bit nervous. I already knew most of the colleagues but still you feel like you're meeting people for the first time again”, says Michelle. “The welcoming atmosphere was so nice, everyone was excited for us to visit the office and we were taken for a 3-course lunch everyday. The tricky part was the after-dinner dips from those lunches, especially with the combination of 30+ degrees! We shared experiences, as some colleagues from Barcelona traveled to the Almere office the week before. The whole experience of seeing the colleagues and the atmosphere at the office could not have been better. I felt at home right away and was so happy to finally give my colleagues a hug. Can’t wait to visit them again!” 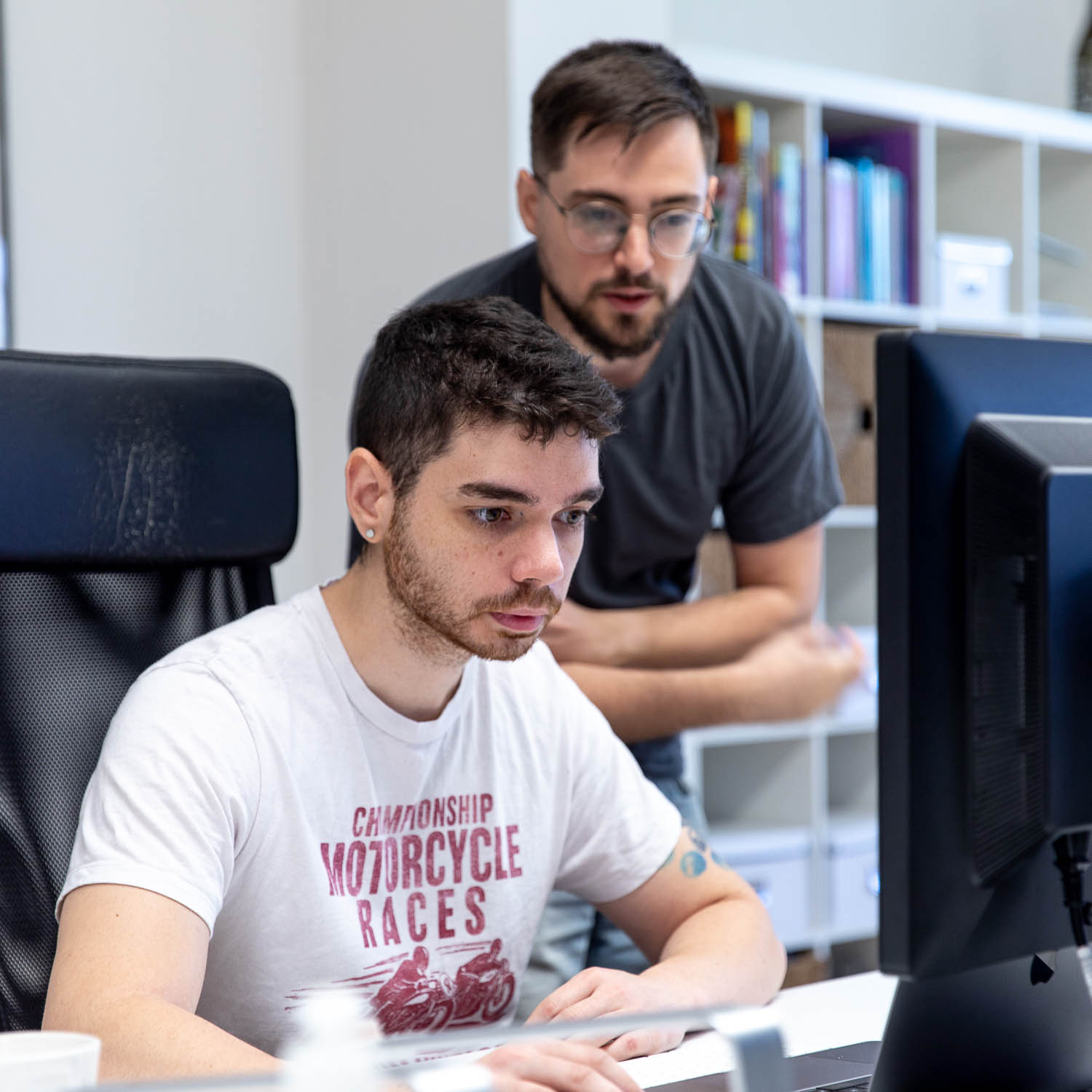 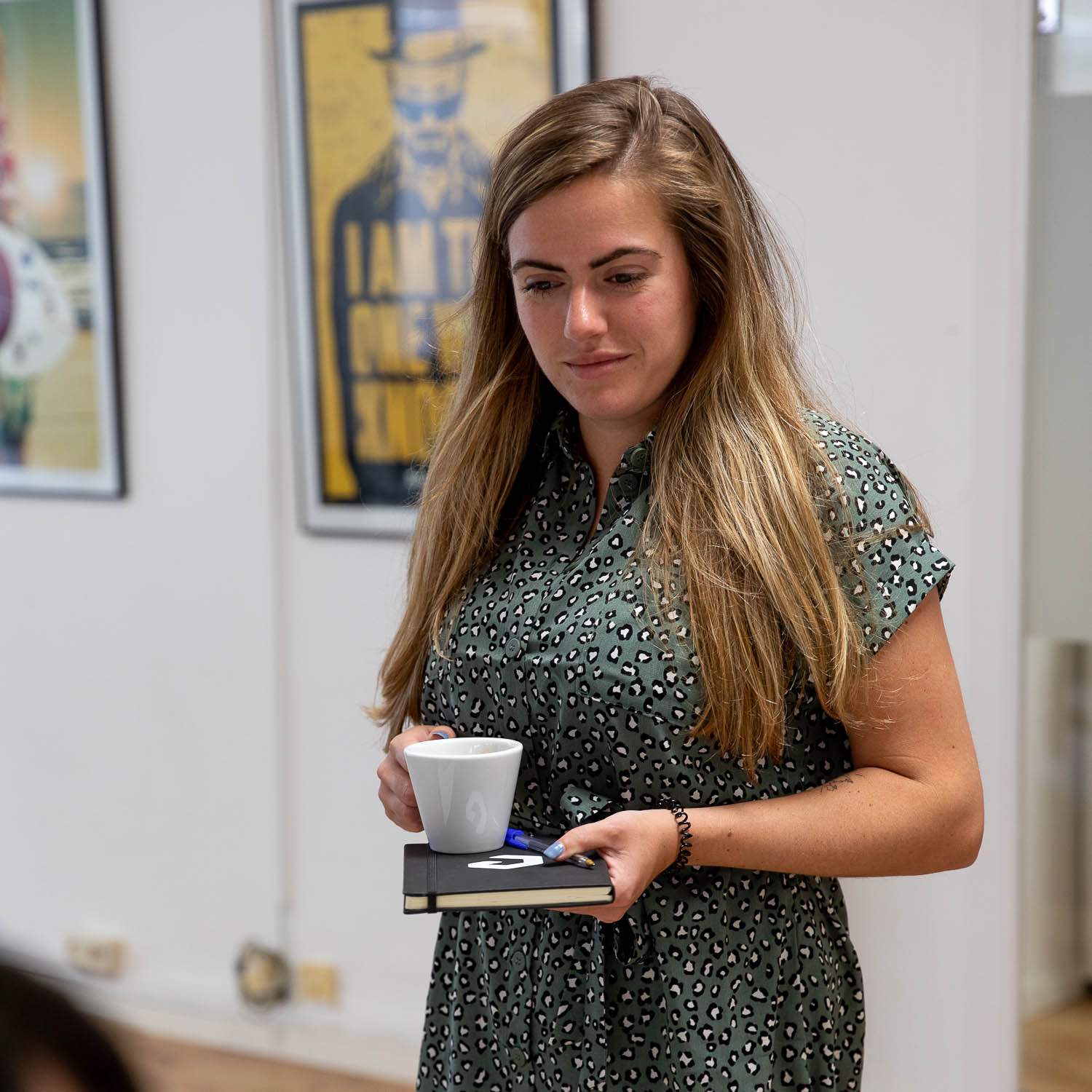 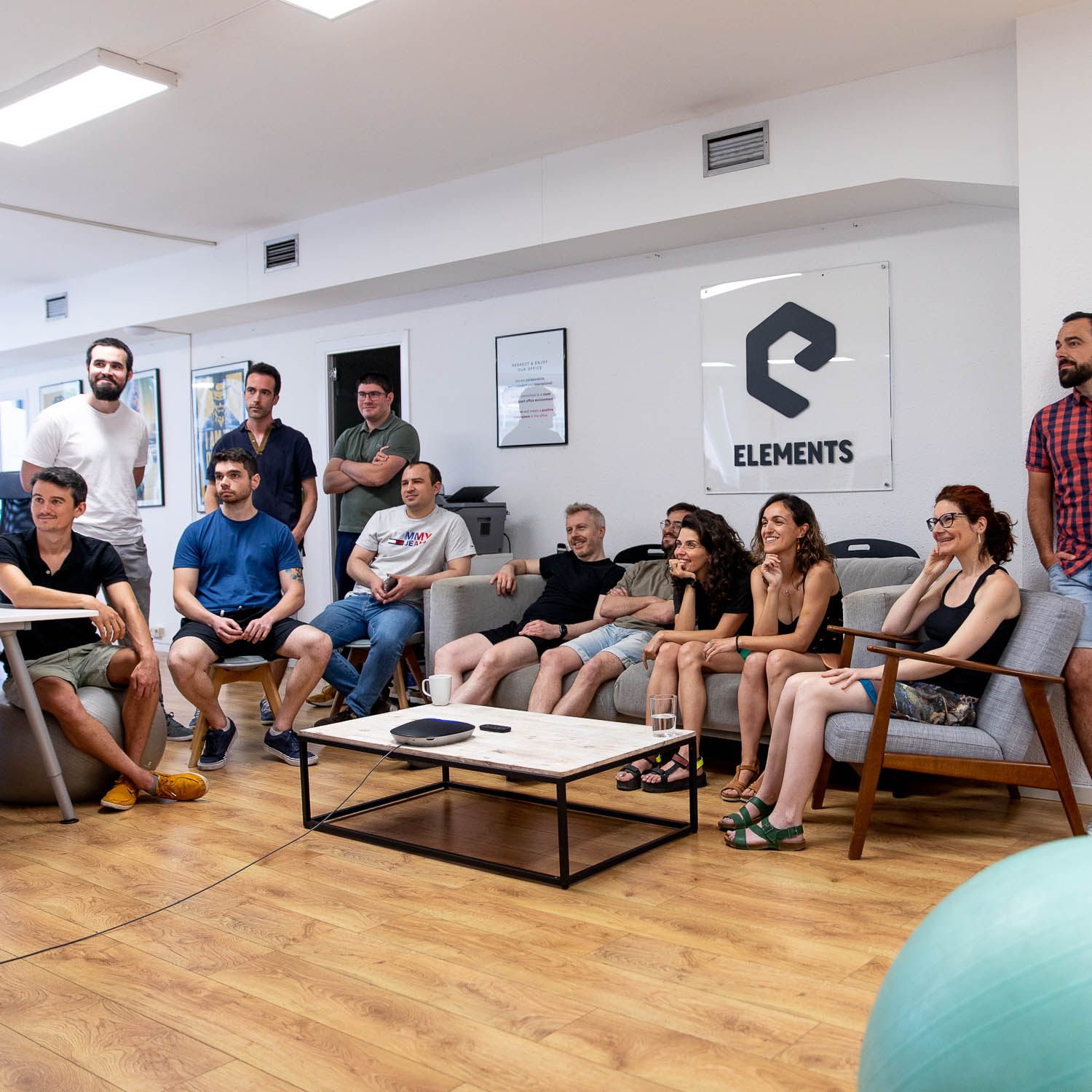 Hugging our colleagues wasn’t the only thing we came for. We also needed to update our mediabank from the Barcelona office. As our marketing team is located in the Netherlands, the photos were a bit outdated on our website. That’s why we organised a fun photoshoot. Annette packed her gear and took it all the way to Barcelona, with some amazing results.

Annette: “How exciting it is to travel to Barcelona for work! Actually taking photos doesn’t even feel like working, because I like doing it so much. After having the same ‘first day of work’ experience as Michelle we started right away. And I must say, the team was so cooperative and positive about the shoot. They had no problem with me changing stuff, asking them to sit somewhere else or putting some code on their screen. It’s so nice if a shoot feels like this, and the results always come out nicer. Because I didn’t want to interrupt the team too much during their work and actual meetings, we organised “fake" meetings and "fake" work settings. There we would just chat about our weekend or just create a fun game or conversation while I was taking photos. I think the colleagues made jokes for several days about our ‘fake meeting’ with ‘fake post its’ and ‘fake tic tac toe games’. We even had an inside joke about ‘Annette with a camera’ because every time they saw me, I was making pictures of everything. It was so nice meeting everyone and experiencing how it is to work in the Barcelona office. After a couple of days we were totally adjusted to the Spanish rhythm. Our afternoon tapas plate on the balcony took a serious upgrade during the week”.

The recruitment team is divided between our office in Barcelona and Almere. Noni could meet the whole HR team that she normally speaks to online every week. Also the HiredBcn event together with Guida was part of her trip.

“It was so nice to meet the Barcelona team so quickly, as I only worked for Elements for two months. It really builds a strong connection and as the HR team needs to cooperate so much it really helped me during my onboarding process”, Noni starts. “What better way to get to know your team, by going to a recruitment event. Together with Guida I attended HiredBcn, an all day event about recruitment and employer branding. We got so much relevant information that helps us navigate in the search for new developers. After all the talks it was time for some drinks and games. Next to hearing a lot of information, I met so many cool people from over the world at this event. It was such a bonus to meet these people next to all my colleagues. And I was excited right away to share the new knowledge with the rest of the team.” 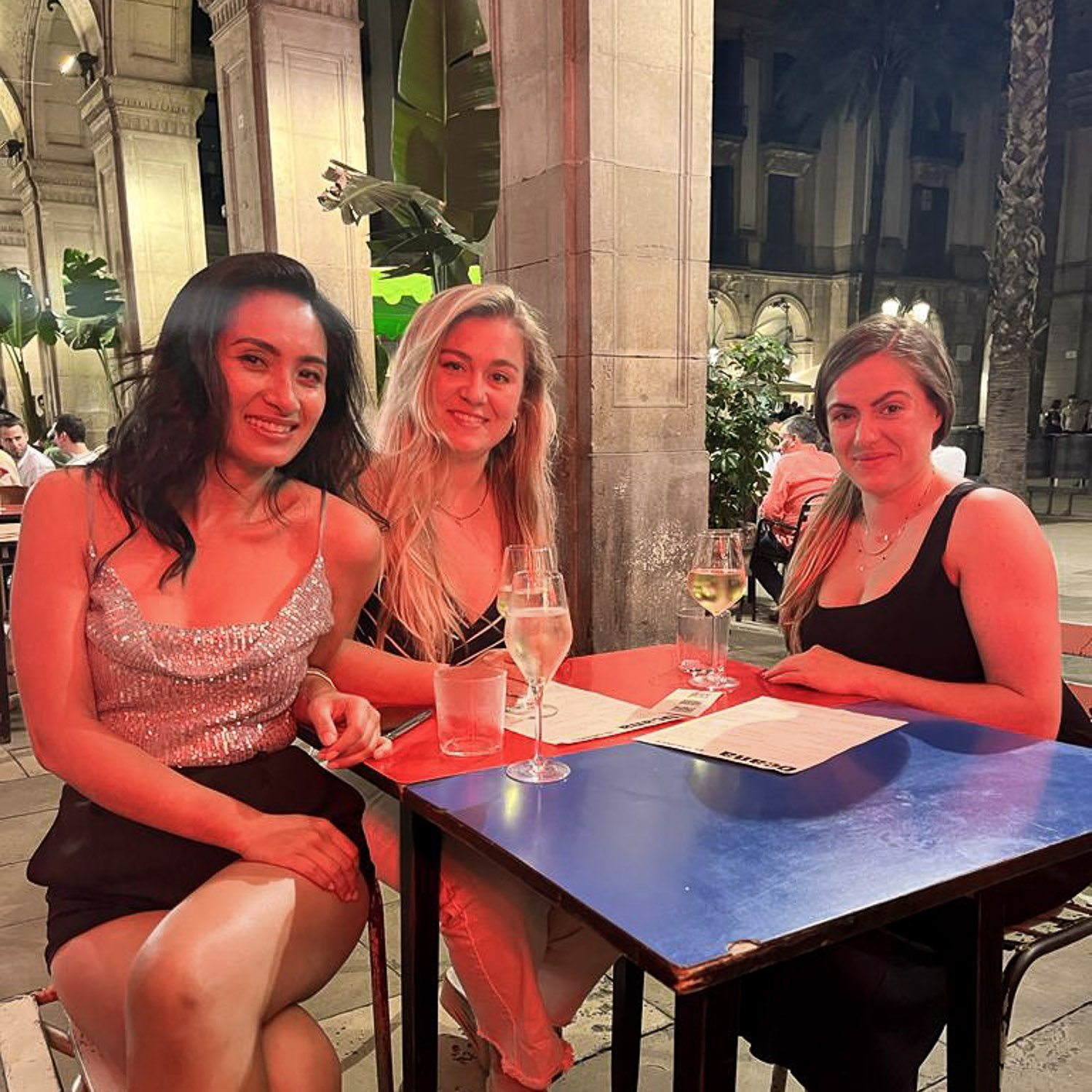 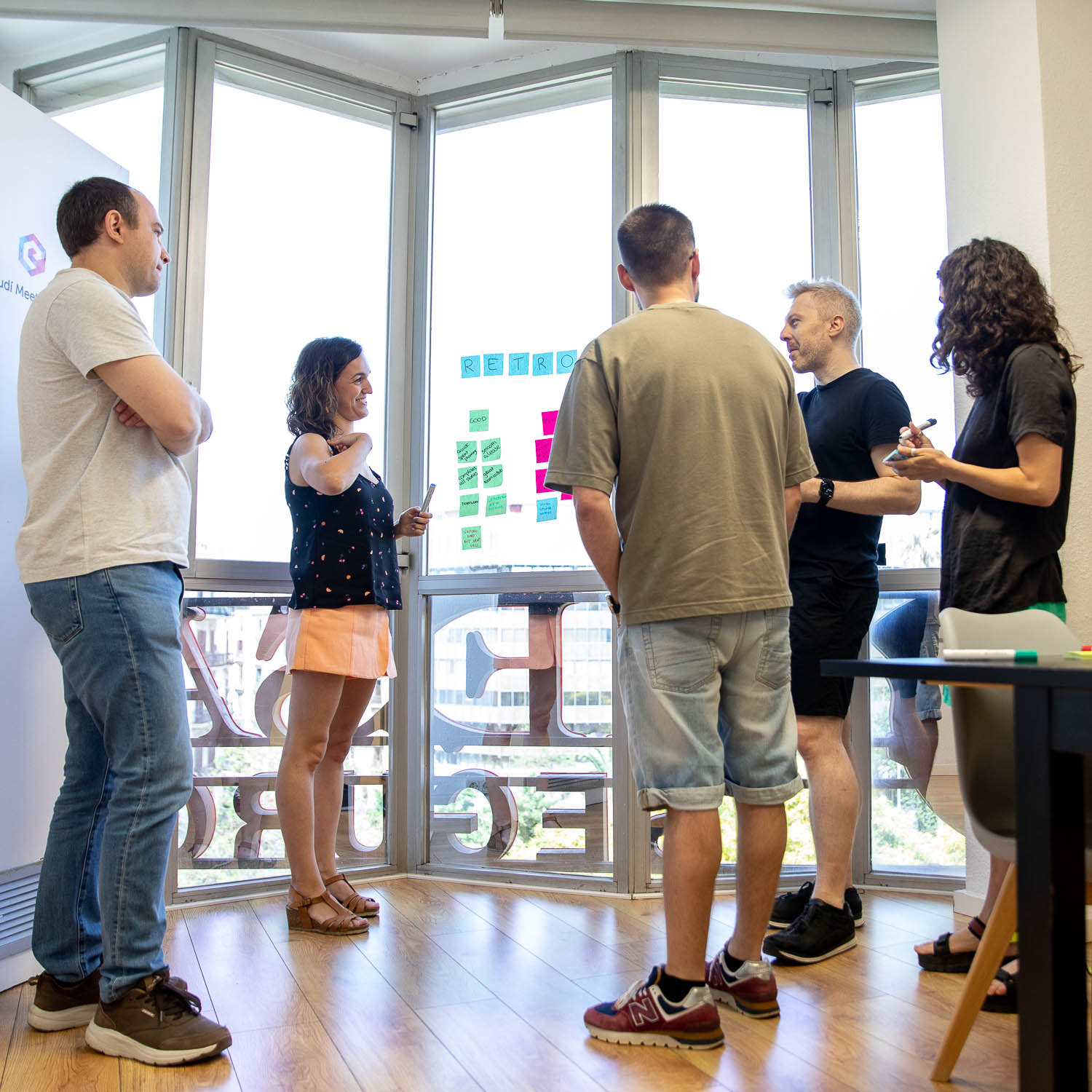 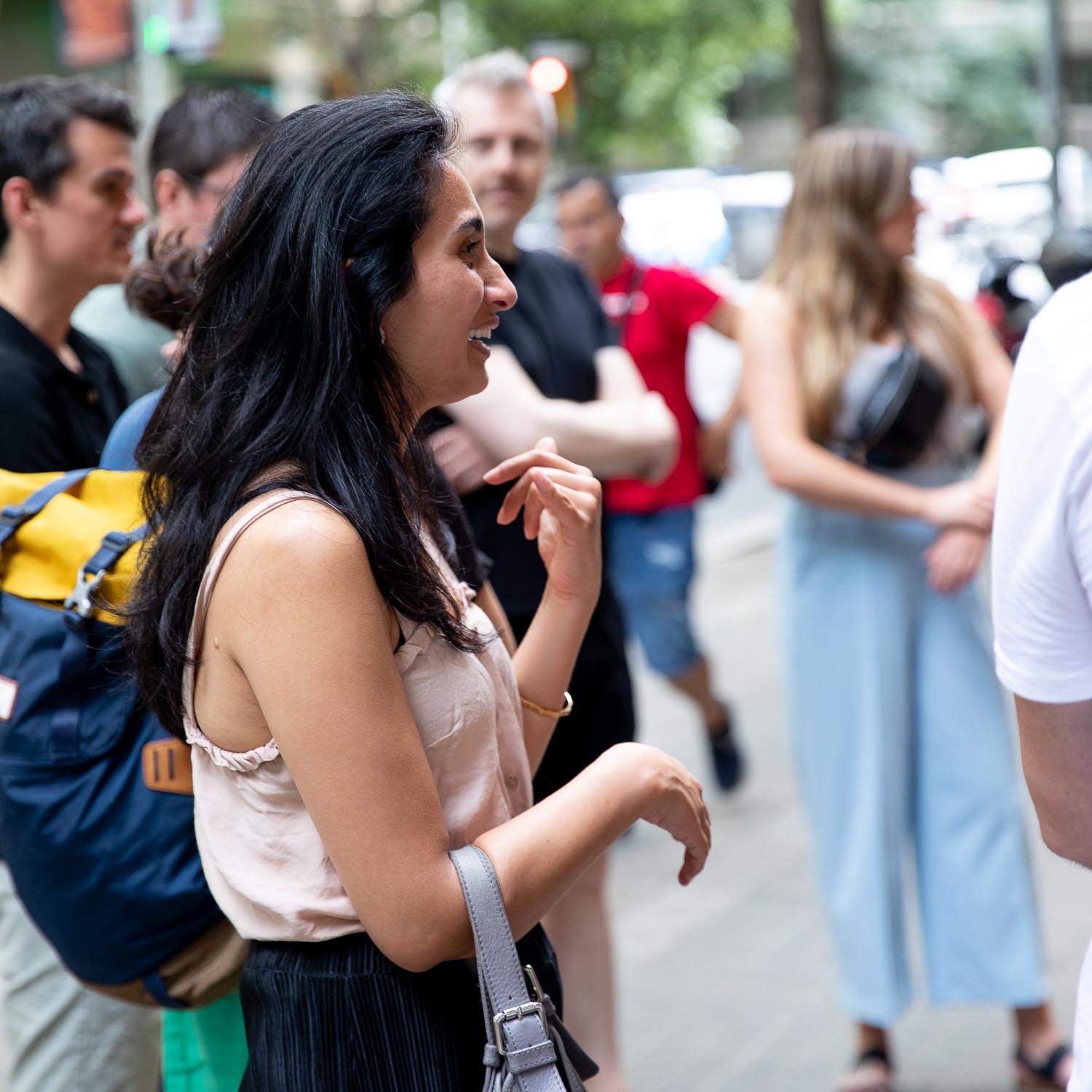 We are one company and one team. But with over 1200 km distance between us it can be a challenge. That’s why visiting each other is so important. You cannot really explain how this experience adds to your work, but we tried. Luckily this was not the last travel group. Soon a couple of Barcelona colleagues will travel to the Netherlands, and the other way around. The different nationalities sharing experiences is so valuable and something we will always keep doing.

Are you looking for an international experience? Not only the 17 different nationalities, but also the different locations? Then we would love to have a chat with you. Check our career site. Do you have any questions for Annette, Michelle, Noni or one of the other colleagues? Sent them to careers@elements.nl