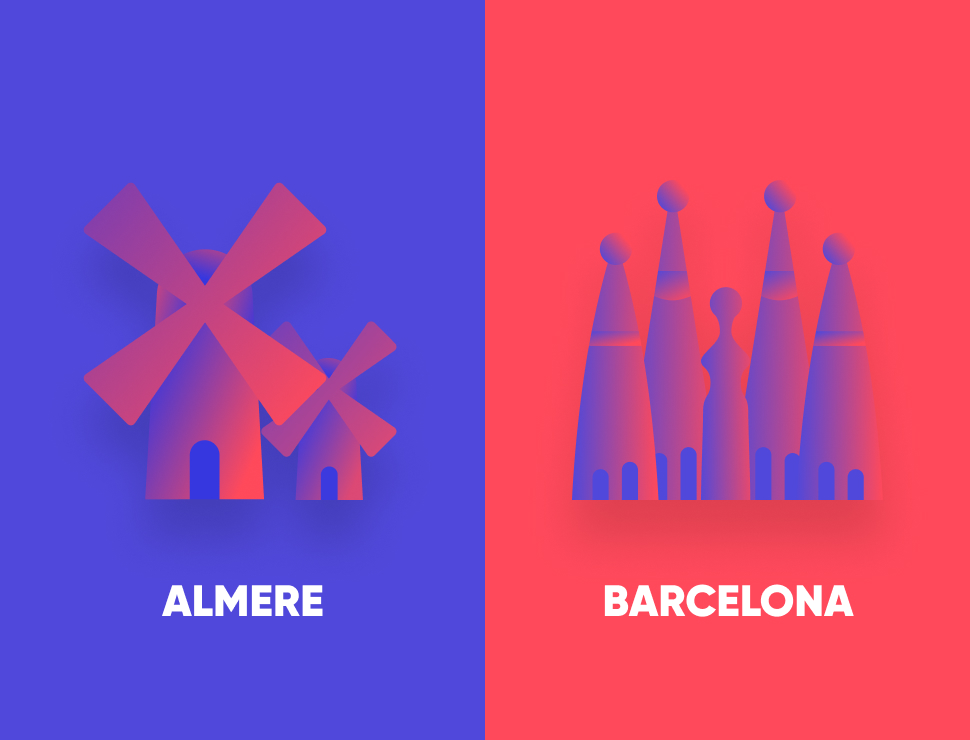 With more than 17 nationalities and two offices in the Netherlands and in Spain, one may call Elements an international company. What is it like in both offices? How is the communication between them? And do they both have their own cases, or do they work together? Curious? You can read about it in this blog.

“Well, first of all I don’t understand how the Dutch can grow so tall with just a diet of sandwiches and cheese. And secondly, what about that Sinterklaas guy that comes from Spain but nobody around here knows about him?” Aitor, backend developer from the Barcelona team doesn’t understand some typical Dutch things… Although he is sometimes amazed, the Spanish and Dutch culture do complement each other very well. Everything in Spain is more hierarchically organized, while Elements is the complete opposite. “The horizontality of the organization is what I love the most about Elements. As a developer I have the creative freedom to design and implement what I think is the best approach. Everyone, also the management, is approachable”, tells Aitor. Megan, React Native developer from the Almere team also thinks that the different cultures work well together. “The Spanish are known for being passionate, and I can most definitely say people at Elements are passionate about what they do!”

The Barcelona team is not only passionate about their work but also about their Mario Tennis skills, while the Almere team is about their Mario Kart skills. Both offices have a lot of contact moments with each other about the different projects and collaborations, they always work together for the same clients. Because of that, sometimes it is sad that the distance is so big between the offices; you can’t just grab a coffee together and go for a small walk in the break. Fortunately, there is no distance in the communication because of the Slack- and Teams meetings and is Almere just one call away for Aitor: “In the Barcelona office I have close relationships with almost the whole office, with the Netherlands I only keep steady contact with those who belong to my team. However, some of these contacts really click and have persisted across projects and work-related stuff. I would say I have some good friends there too!” But this also matters for Megan: “When working from home, it did not make a difference if we worked in Almere or in Barcelona. Now that we are going to the office more, it is harder to have a casual chat with our Spanish friends. Elements tries to close this gap. One of the initiatives they set up for example was scheduling Donuts, weekly 1 on 1 calls between random employees. This was great as we got to know everyone a lot better!” 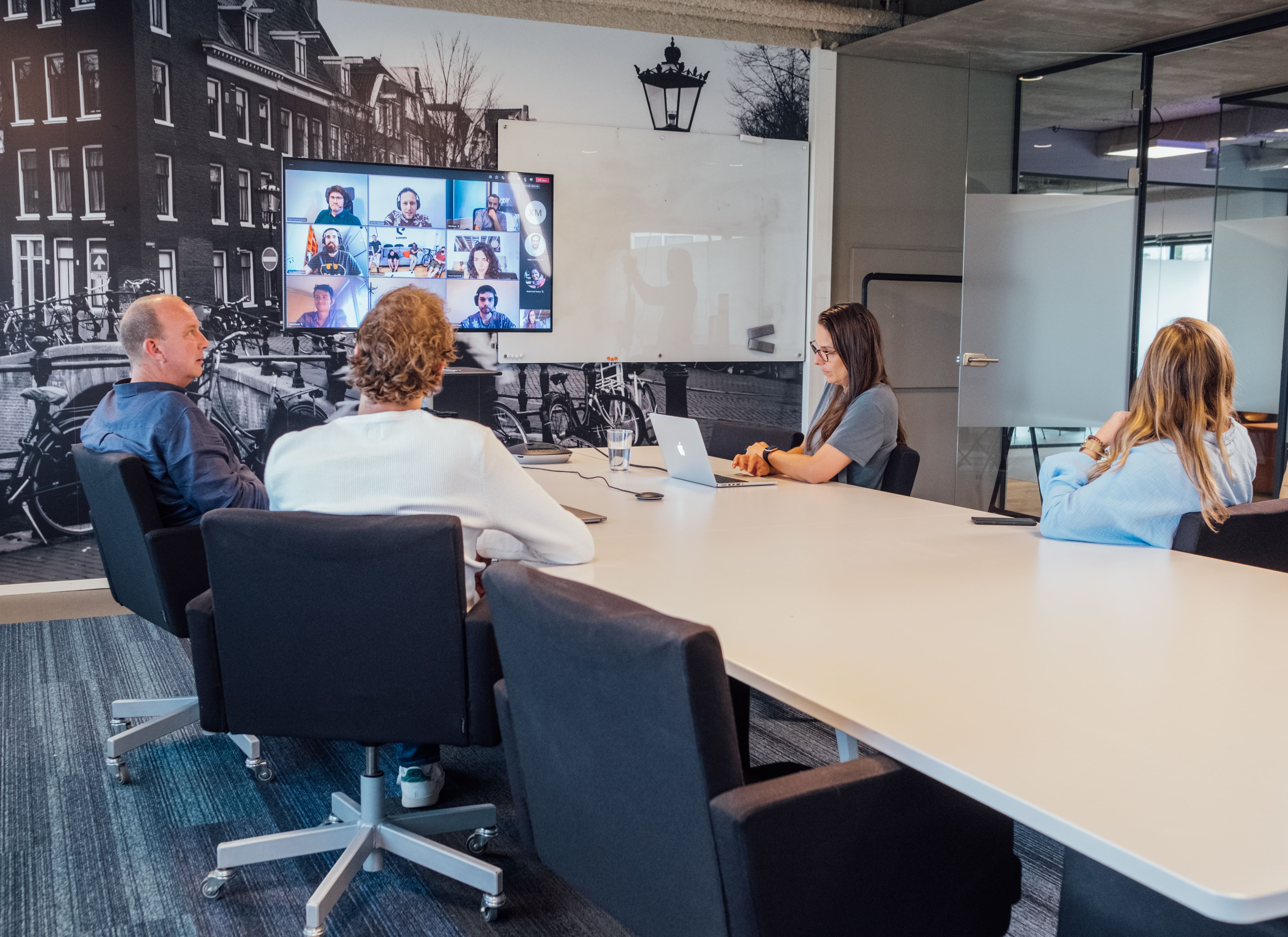 Due to the Covid-19 pandemic, a lot of people were forced to work from home and to have meetings online. Sometimes this was a challenge, but had some advantages as well.

“I feel a lot happier when I am at the office and surrounded by people. What I really appreciated was that Elements understood these challenges and set up initiatives: a sport committee, a walking challenge, check-ins to see how we were doing… to help us feel happier despite the circumstances”, said Megan. And also, Aitor laughs while he tells he actually has a new bunch of friends now. “The positive thing of not having my Barcelona colleagues around me was that it pushed me to try to reach people, whether they were from the Barcelona or the Almere office. I build a lot of new relationships, while being isolated at home, ironically.”

The atmosphere in the offices

Nowadays everyone can go to their office more often, which makes a lot of people happy. “The Almere office has a kind of industrial design, where the atmosphere is very lively. There is often someone playing guitar, there are people bouncing on fitness balls, as well as chatting with each other or playing on the Nintendo Switch. We work hard, but play harder”, laughs Megan. The office in Barcelona is a little smaller. “The atmosphere around here is quite like one of a startup, although the company is medium sized. We are a small bubble of responsibility for our own work combined with a bit of nerdiness, funny discussions, jokes and random laughter.” 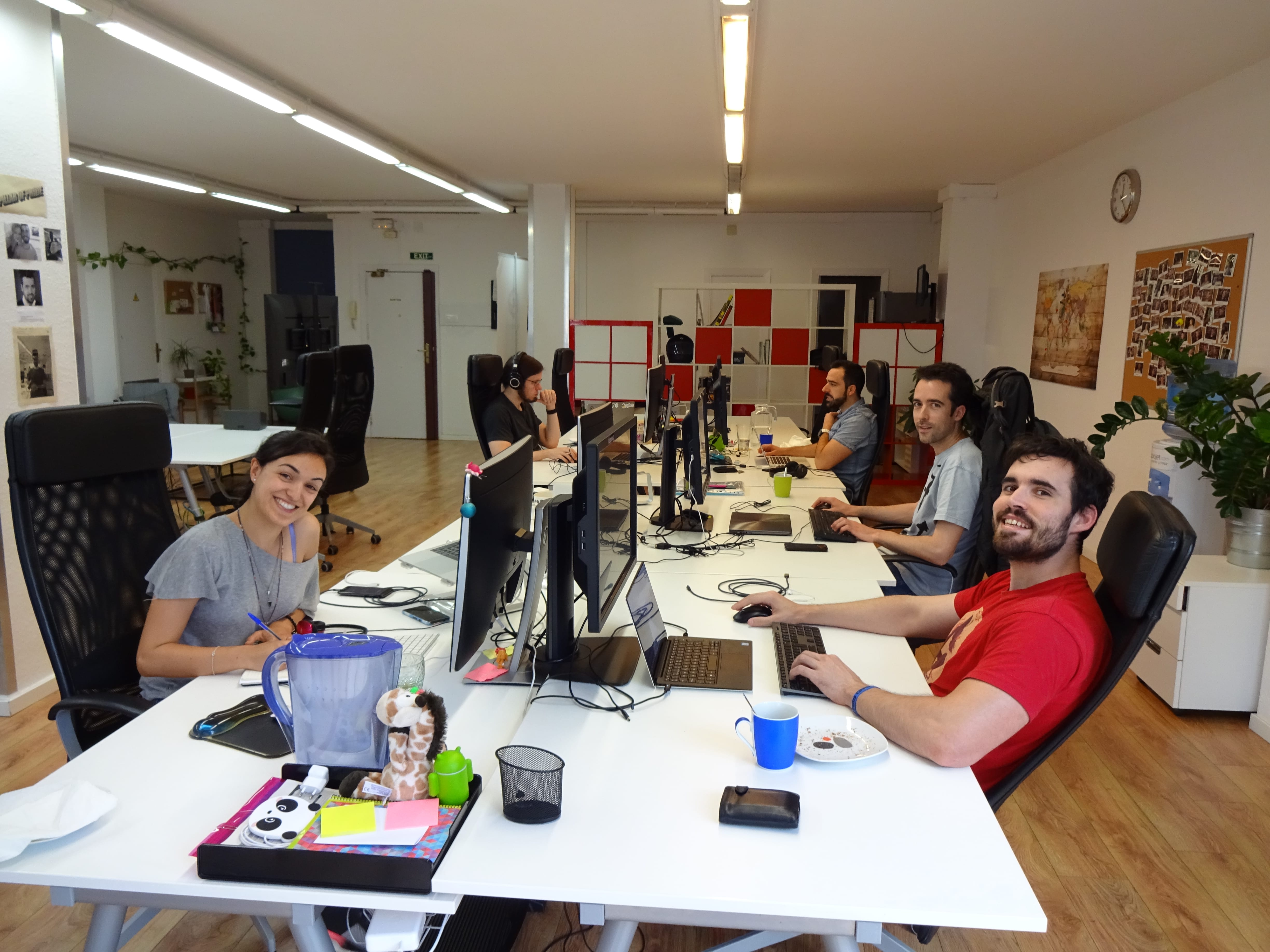 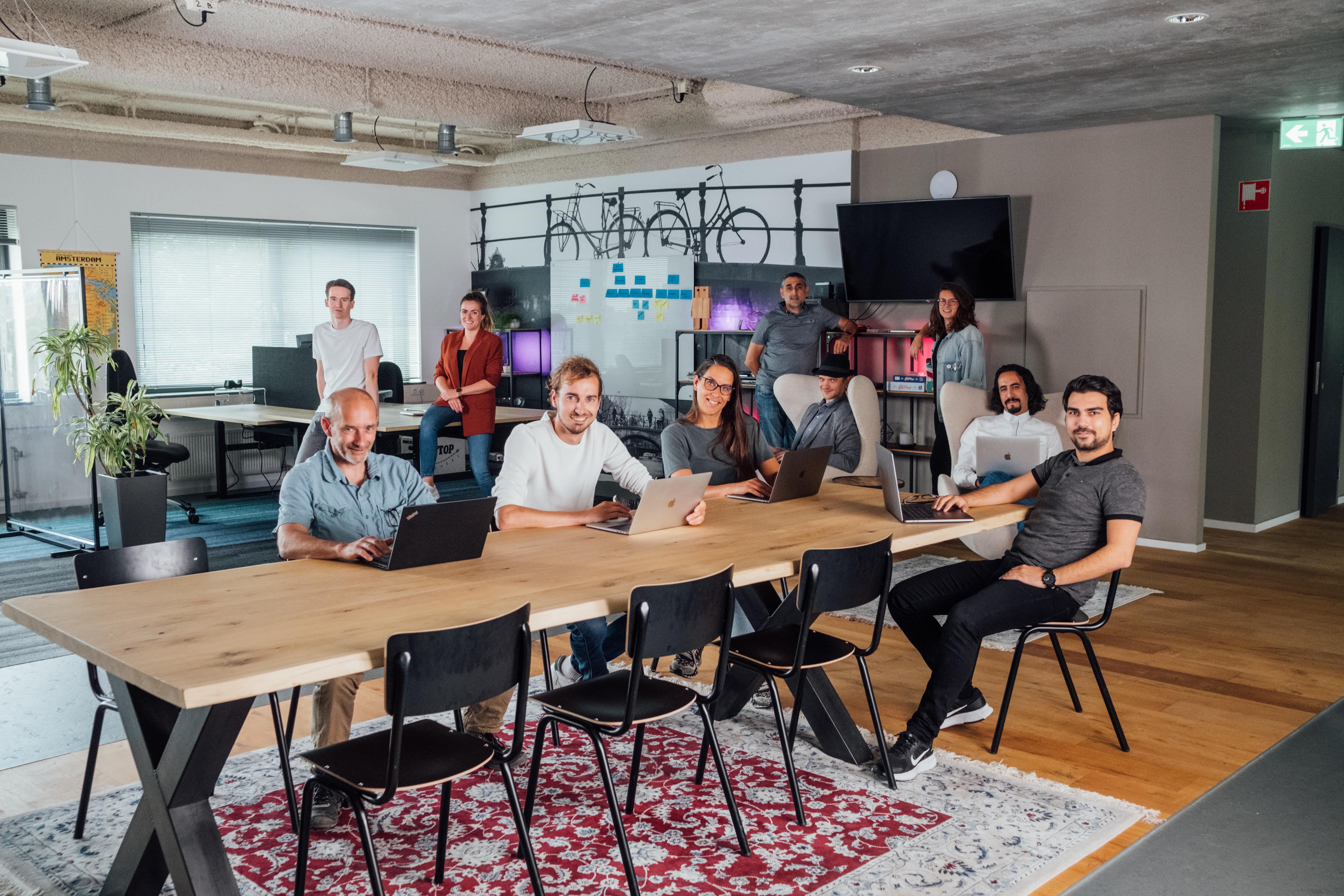 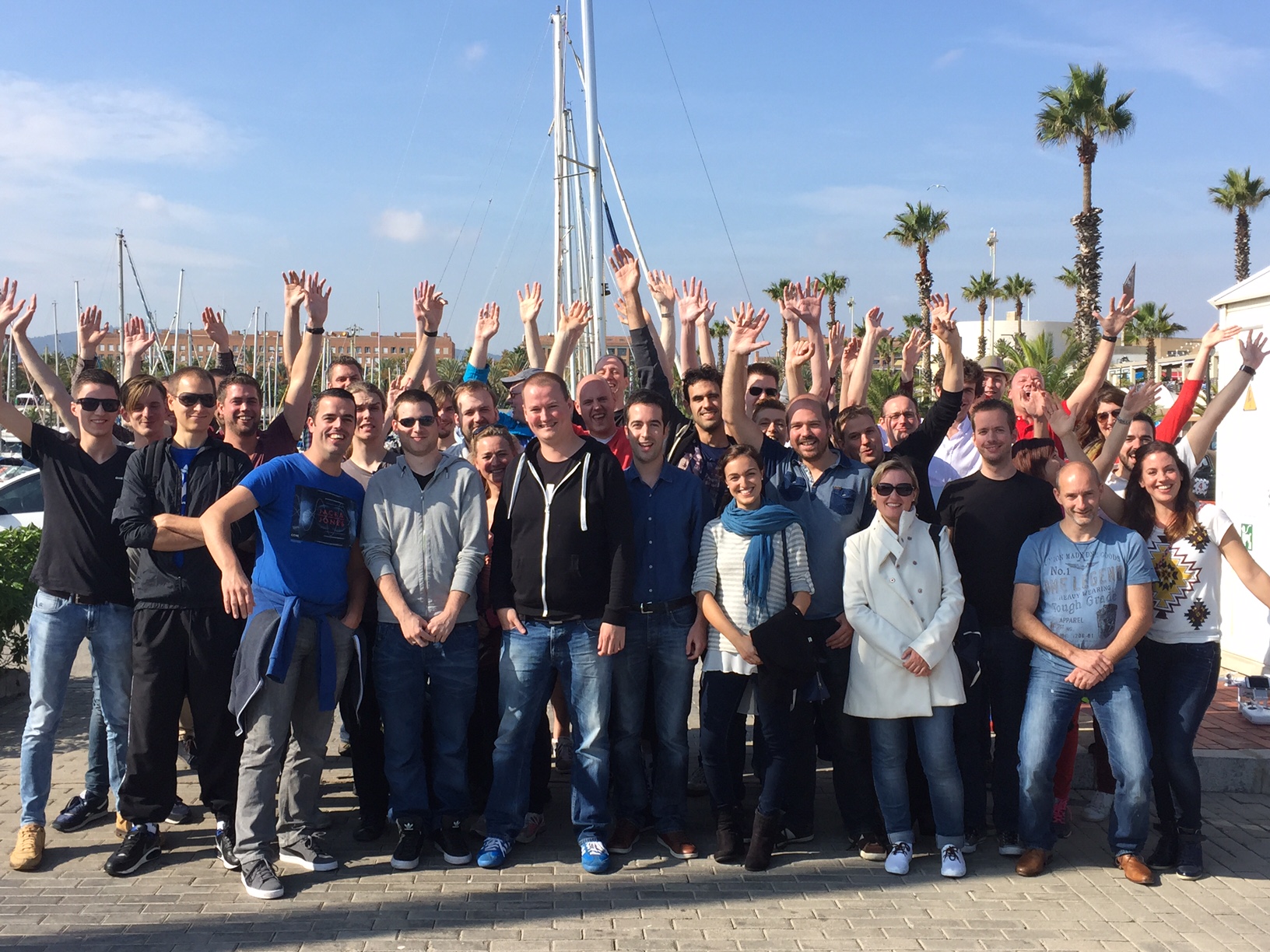 Both developers are happy to be part of the Elements team. Aitor said: “About the BCN office I like the people I find in it, a very smart and funny multi-cultural bunch of nerds!” And in Almere this is one of the reasons Megan likes to work at Elements as well. “I love the warm, friendly and funny vibe at the office with all the people; we have such a diverse group with different nationalities and personalities.” Finally it is possible to visit other countries again and both offices can be visited. So the Almere team needs to practice their Mario Tennis skills, to show the Barcelona team in real life soon.

Do you like this international and cozy vibe? And do you think you will perfectly fit in one of our teams? Look at our vacancies and maybe we will see you soon in Almere or Barcelona!